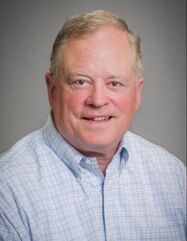 As Red Dot’s CEO, John Kaestle is responsible for driving the strategic vision for the company and building on Red Dot’s strong history of manufacturing excellence. He assumed the position in 2020, bringing decades of international leadership experience.
​
John comes to Red Dot after working in manufacturing and distribution roles for more than 30 years in over 45 countries. John has led successful businesses in paper and packaging, specialty chemicals, advanced materials, high recovery RO systems for naval warships and cruise vessels, fluoropolymers, membranes and water technologies, and automotive cabling.

In addition to his leadership roles, John is a recognized authority on manufacturing methods focusing on safety, quality, waste and cost reductions, and productivity. He is also a thought leader in TQM, Lean and ISO. John holds an MBA from Dartmouth College’s Tuck School of Business. 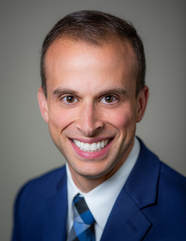 ​As CFO, Giancarlo Papini oversees all financial operations at Red Dot, including financial planning, reporting and analysis, as well as managing the company’s Employee Stock Ownership Plan (ESOP). Most importantly, he acts as a strategic partner and advisor to the executive leadership team to support the overall innovation and decision-making of each department.

Giancarlo joined Red Dot as a controller in 2016 and was promoted to vice president of finance two years later. Prior to that, Giancarlo gained 10 years of financial and accounting experience in various positions at Flow International (now Shape Technologies) in Kent, Washington. Previously, he worked in public accounting with KPMG. 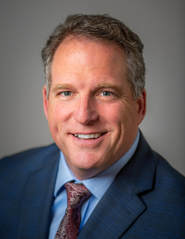 In his 25 years at Red Dot, Pat has spearheaded the development and growth of the company’s off-road division. He is committed to serving as an excellent business partner and understanding the needs of aftermarket and OE customers, while continuing to drive innovation within Red Dot to ensure that the company meets their evolving needs.
​
Pat graduated from the University of Illinois with a bachelor’s degree in agricultural mechanization. 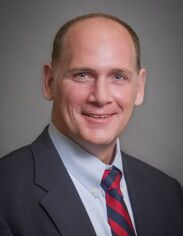 ​As Vice President of Engineering, Matt Jun will oversee key engineering projects and developments, while leading his team in meeting customer requirements and maintaining high-quality production. With 28 years in residential, automotive and heavy-duty HVAC engineering, Matt has extensive experience leading teams in the design and development of HVAC systems. Matt’s diverse range of experience provides him with crucial insight into the intricacies of industry trends and functions, and evolving customer expectations. Jun joins Red Dot after serving in a variety of distinct roles in HVAC design and application, most recently as a program manager at Trane/Ingersoll Rand.

Jun received his Bachelor of Science in mechanical engineering at the University of Illinois before moving on to earn a Master of Business Administration from Indiana Wesleyan University. He is also a recognized Program Management Professional. 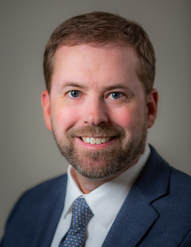 As Red Dot’s director of supply chain, Chris O’Claire is responsible for overseeing all procurement, material planning, inventory control, and sales and operations planning (S&OP). He collaborates with operations on a daily basis to ensure they have the right materials, at the right time and in the right quantity, to drive forward production as efficiently as possible. He is passionate about striving to exceed customer expectations and developing supply chain strategies to best meet their needs.

Chris brings more than 15 years of experience in supply chain and operations, having served in various roles at Esterline Technologies Corporation and Honeywell Aerospace, and enjoys seeing the tangible results of his work and the positive impact of Red Dot’s products on customers.

​Chris has a bachelor’s degree in operations management and a Master of Business Administration from Seattle University. 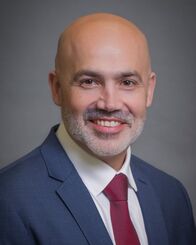 Matt’s career spans more than 20 years, with a focus on application engineering, operations and production improvement. He started at Modine Manufacturing designing heat exchangers and manufacturing processes at its facility in Racine, Wisconsin.

Matt enjoys just about everything transportation related and has restored and modified various cars and motorcycles. He holds a bachelor’s degree in mechanical engineering from the University of North Dakota. 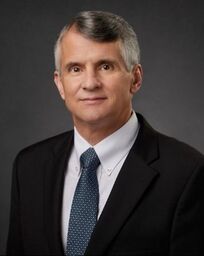 Steve Mance is a seasoned executive with over 30 years of increasingly senior experience and a strong background in several industry segments, including mergers and acquisitions, Six Sigma and product development.
​
Steve retired in April 2020 from MEC, where he held the role of chief operating officer. Prior to MEC’s purchase of Defiance Metal Products (DMP) in December of 2018, Steve served as DMP’s chief executive officer (CEO) since October of 2011. As CEO, he was responsible for overseeing the sales and marketing, operations, finance, human resources, engineering and purchasing functions of the company. DMP had over 1,100 employees working at its four plants across the United States.

Previously, Steve was general manager of the charging business at Bendix Commercial Vehicle Systems in Elyria, Ohio. Here, he had full P&L responsibility for over $230 million in annual sales across multiple facilities. He has also held roles at Hendrickson International as vice president/general manager of the components group and Allied Signal as vice president of operations and Six Sigma, both of which supply parts predominantly to the heavy-truck and construction markets. Steve has achieved outstanding success in driving key operational, productivity and financial improvements throughout his career.

Steve has a Bachelor of Science in Chemical Engineering from State University of New York at Buffalo, New York, and has taken graduate courses at the University of Texas in Austin, Texas.

In addition to serving as a chairman on Red Dot’s board of directors, he joined the board of directors of Barriere Corporation in mid-2017, which is one of the largest asphalt and road construction companies in the state of Louisiana. In 2016, he was elected chairman for the Heavy Duty Business Forum, which he served honorably in 2017. 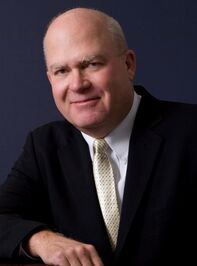 Pat Cavanagh has extensive operational and leadership experience in the heavy truck and off-highway equipment industry, spanning both public and private companies. He has over 30 years of international business experience in both Europe and Asia, as well.

Pat was the president, chief executive officer and director of Enovation Controls (now Genisys Controls) from January 2013 to July 2016. Under Pat’s leadership, the company grew sales over 40%, reorganized its business units, improved and expanded its international footprint and implemented Lean Six Sigma processes companywide. He also increased investment in R&D, resulting in a record launch of new product platforms. Enovation Controls (now Genisys Controls) is a $300M+ manufacturer of advanced software, hardware and displays for the heavy truck and off-highway equipment OEMs. Pat remains on the board of Genisys Controls after the sale of a portion of the company to Sun Hydraulics in 2016.

Pat previously served as president, chief executive officer and director of Williams Controls for eight years, leading to the company’s record growth and profitability, listing on the NYSE and developing international operations in China, India and Europe. He was also responsible for guiding its sale to Curtiss-Wright Corp. in 2012.

Before Pat’s tenure with Williams Controls, he was the executive responsible for the small engine control group at Woodward. Prior to Woodward, Pat was executive vice president and general manager of the Automotive Components Group (ACG) of Knowles Electronics—a $175M division that designed and built controls and sensors for automotive and off-highway equipment OEMs— before its sale to Woodward in 2002.

Pat earned his bachelor’s degree in mechanical engineering technology form the Milwaukee School of Engineering. He was the 2013/2014 Chairman of the Heavy Duty Manufacturers Association (HDMA), the leading trade association for the commercial vehicle and off-highway industry with over 170 member companies. He also served as Chairman of HDMA’s Heavy Duty Business Forum, a group of 50 industry leading CEO’s involved in the heavy truck and off-highway equipment industry. 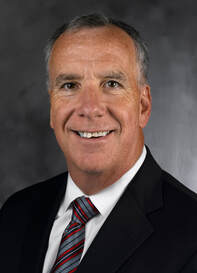 John joined Parker in 1979 as a field application engineer in Houston, Texas. He demonstrated consistent year-over-year sales growth as he advanced through various marketing and product manager positions. John managed the 2001 acquisition and integration of Dayco’s Fluid Management business. The $305 million acquisition resulted in the creation of Parker’s Industrial Hose Division and John became the division’s first general manager. In 2006 John became global vice president of operations for Parker’s Fluid Connector Group followed by the same role with the Climate and Industrial Controls and Automation Groups. John took on the role as the corporation’s vice president of global channel strategy in 2015 and operated out of the company’s global headquarters in Cleveland, Ohio.

John serves on the board of the Heavy Duty Business Forum (HDBF) and Red Dot Corporation. He was instrumental in starting a pre-engineering program at his alma mater, St. Edward High School in Lakewood, Ohio, in 2005 and is currently a board member. John earned a BSEE from Purdue University in 1979 and received his MBA from Case Western Reserve in 1995. 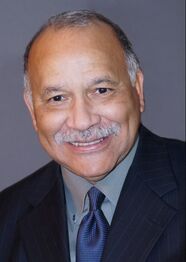 ​Mack Hogans combines his many years of serving in senior leadership roles with his experience as a mentor and trusted adviser to numerous individuals, companies and organizations throughout the country. His unparalleled wisdom and business sense are the result of real-life experiences in the corporate, not-for-profit and government sectors.

Mack retired as senior vice president of Weyerhaeuser Company after 25 years with the company, a Seattle-headquartered leader in timberlands, real estate and lumber manufacturing. Mack worked his way through the ranks to become senior vice president and a member of Weyerhaeuser’s leadership team. He is now president and CEO of his consulting firm. In his free time, Mack takes pride in engaging with his community by serving on numerous business and philanthropic boards and commissions.

In addition to his role as independent lead director and chair of the Governance and Nominating Committee of Boise Cascade Company, Mack currently serves on the boards of the American Forest Foundation and Cambia Health Foundation. He is immediate past chair of the board of Cambia Health Solutions, past board chair of the U.S. Endowment for Forestry and Communities, and past board member of The Washington Business Roundtable; Washington State Opportunity Scholarship; U.S. Bank Washington; Regence Blue Shield; Pacific Lutheran University; Rainier Vista Boys and Girls Club, and the University of Puget Sound.